While sneaking a cigarette, 11 year old Mark Sway has the misfortune to get mixed up in the suicide of Jerome Clifford, a lawyer who is connected to the murder of a US senator. The police, the press, the public, all are interested in what Clifford might have told Mark before he killed himself, and so is The Mob, who were behind the murder; Mark’s only hope of protection lies in Reggie Love, the lawyer he hires, but she has never handled a case like this.

This is my favourite Grisham book by a mile, the characters are brought to life through the 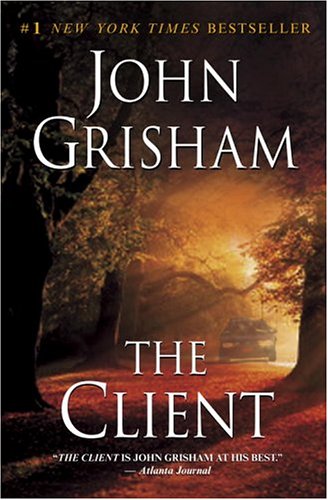 wonderfully descriptive writing, to the point that whenever I re-read the book I picture them easily and feel as though I’m right there at their shoulder, seeing everything they see.

Mark Sway and Reggie Love are the main characters, and the best, but no matter how minor a character is they get the level of description they deserve, as do all the scenes. Such is the job done by Grisham that you get caught up in Mark Sway’s swings from confidence to fear.

In some books the descriptiveness can overpower the plot and keep the story from flowing comfortably, that isn’t the case here. The technical side of things, in terms of helping the rear to understand the legal aspects of what is going on, which is so important in a Grisham novel, is neither invasive nor distracting, as is sometimes the case in his books.

If you haven’t tried a Grisham novel before, and you’re tempted, this is a good one to start with.