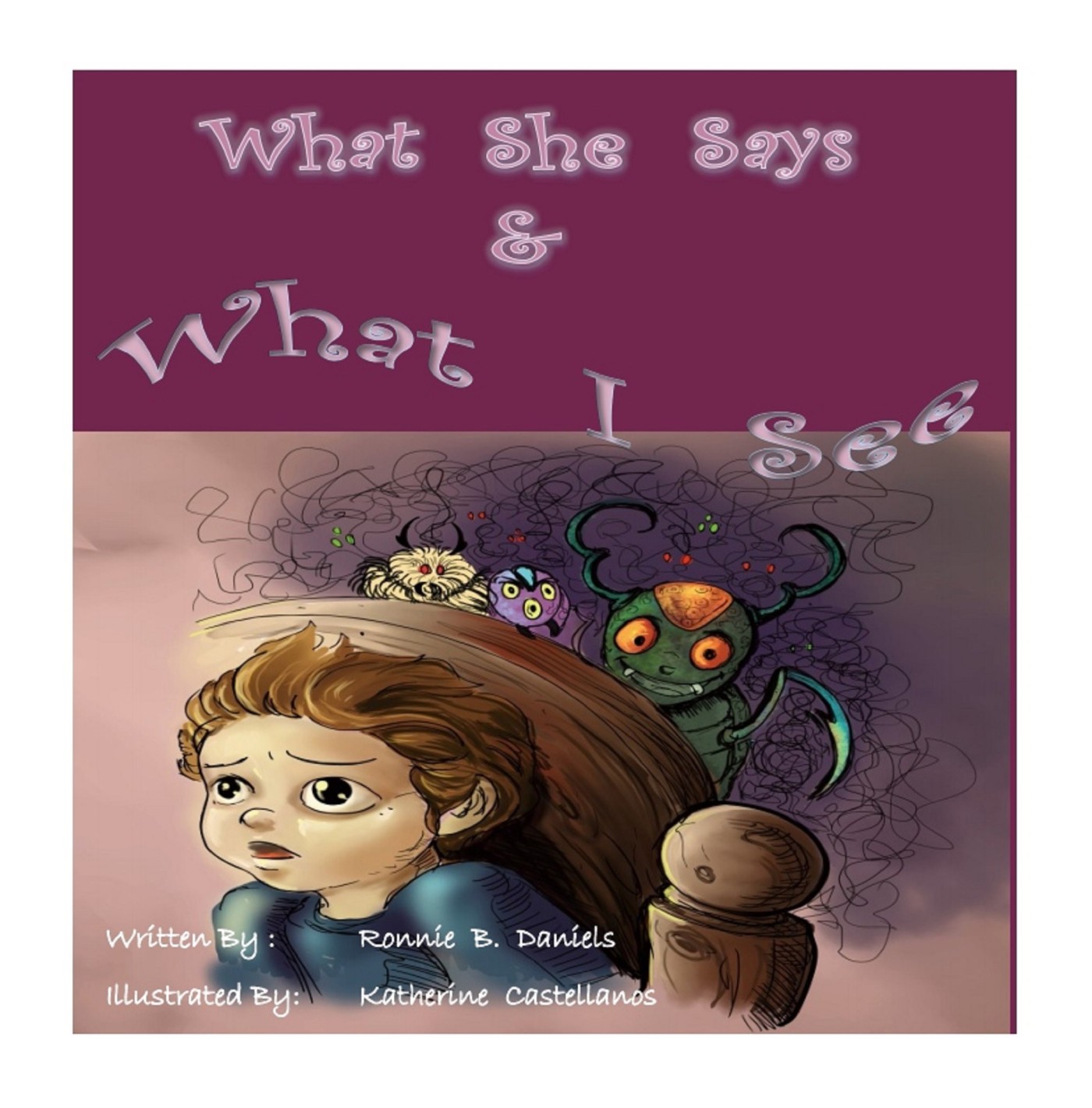 As someone who is almost certainly on the spectrum but has reached the age of (almost) 40 without being either assessed or diagnosed it’s important that books like these are out there to help parents identify children on the spectrum – if they don’t suspect their children may be autistic they are unlikely to have them assessed, and an assessment and diagnosis can make all the difference in the world.

The following post is by Ronnie B Daniels and comes from Carole P Roman’s blog, you can see the original article here

The two titles I’ve published are, “What She Says & What I See” and “What’s This Thing Called Safety?”  I have a third coming out next month, “Learning About My Disability Through Others”.  In all honesty, I’m loving the third book in the series the best, but then again I’m probably biased.  😉

Chris, the main character, is an Autistic boy who goes through distinct challenges.  Throughout all the stories, Chris learns how to accept himself, understand his symptoms better, and overcome hurdles.  His mother aids in these journeys.  With each book, I have developed specific grammar that an Autistic child can comprehend.  With awesome illustrations and a fun rhyming rhythm – all children will be delighted to read.  I’ve also been told by some, and seen reviews that state it brought them to a better understanding of Autism.  They could now see through that child’s eyes, never having a child with a special need. 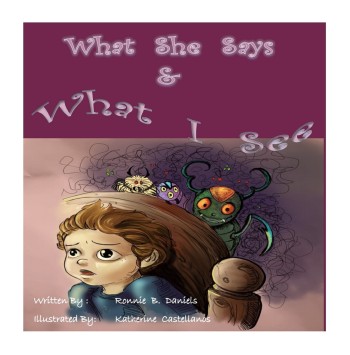 In,” What She Says & What I See”, Chris takes the phrase, “Night, night, don’t let the bed bugs bite” – literally.  Which is something a lot of Autistic children do.  His mother doesn’t realize it, but once she does; Chris’s mom uses another technique to ensure Chris goes to bed with happy thoughts.  Since children at the age of 5, might be delayed and don’t understand titles- the book doesn’t use extensive pronouns or adjectives to ensure the moral of the story is comprehended-not the language aspect.  I’ve condensed the story for children who may have ADHD or focusing issues.

I’ve designed the books in the series to include Chris’s age ranging from infancy throughout High school.  As the mentality strengthens in the children,  a parent/caregiver will be able to chose a book from the series which exemplifies their strengths but aids their weaknesses.  I began the series at age 5, only because I felt that hitting on crucial issues first was imperative vs. the age being an issue.

In,” What’s This Thing Called Safety”, Chris has aged, slightly.  He keeps hearing his mom repeat the words, “Safety First” -yet doesn’t know what it means. This topic hits home severely, considering my child went on a walk-about one time.  The hardest and most shocking thing to ever endure.  I’ve also noticed a lot of children with Autism: forget safety rules, have impulse control problems, and “safety” is not easily understood.  Using the voice of Chris (first person narrative), the reader follows along, learning just how Chris grasped the safety aspect.  There are also analogies with great illustration to help the moral sink deep into the brain.  Not to be forgotten by anyone who reads.

I’m super stoked about the third book in the series.  This time, I bring the reader along as if they are a part of the story.  Children will learn a cognitive game and be able to participate in a coloring exercise that helps the parent/caregiver understand the child better.  Chris, the main character, is going to a fair for those with disabilities.  Little does he know that many at the fair don’t share the same one.  Throughout the journey, the reader and Chris meet a little girl named Annie.  Chris thinks she is weird and continues moving through the fair.  During lunch time, his mother asks him to help set the picnic area.  There, Chris has a slight meltdown, but able to turn it around.  He also finds his mother’s word’s so inspiring about Annie’s condition, Schizophrenia; Chris begins a search for Annie (another game in the book) to apologize for his past behavior.  In the end, Chris, Annie, and hopefully the reader- understand the similarities within the differences.  Chris also learns that there are many types of disabilities, but there is one thing they all share in common.

My books can be found on Amazon, Createspace and Barnes & Noble. I also have a Gofundme fundraiser in which I’m going to start using the money earned to help sponsor families in need-having children with Autism/disabilities

I’m also beginning a YouTube channel in which will run concurrent with the books.  Kids are going to host it, but should be a lot of fun when done

https://www.youtube.com/channel/UCXi3sJejM3P0iio83cxIrOA? Or very easy found under Ronnie B. Daniels